Devon Byrne, 19, not only won the Pancake Race in Olney but she also set a new world record, with a time of 56 seconds. Devon broke the previous record of 57.5 set by Tasha Gallegos of Liberal in 2009.

Devon also won the 2013 International title in today’s match between Liberal, Kansas, and Olney, England, for the second year in a row. 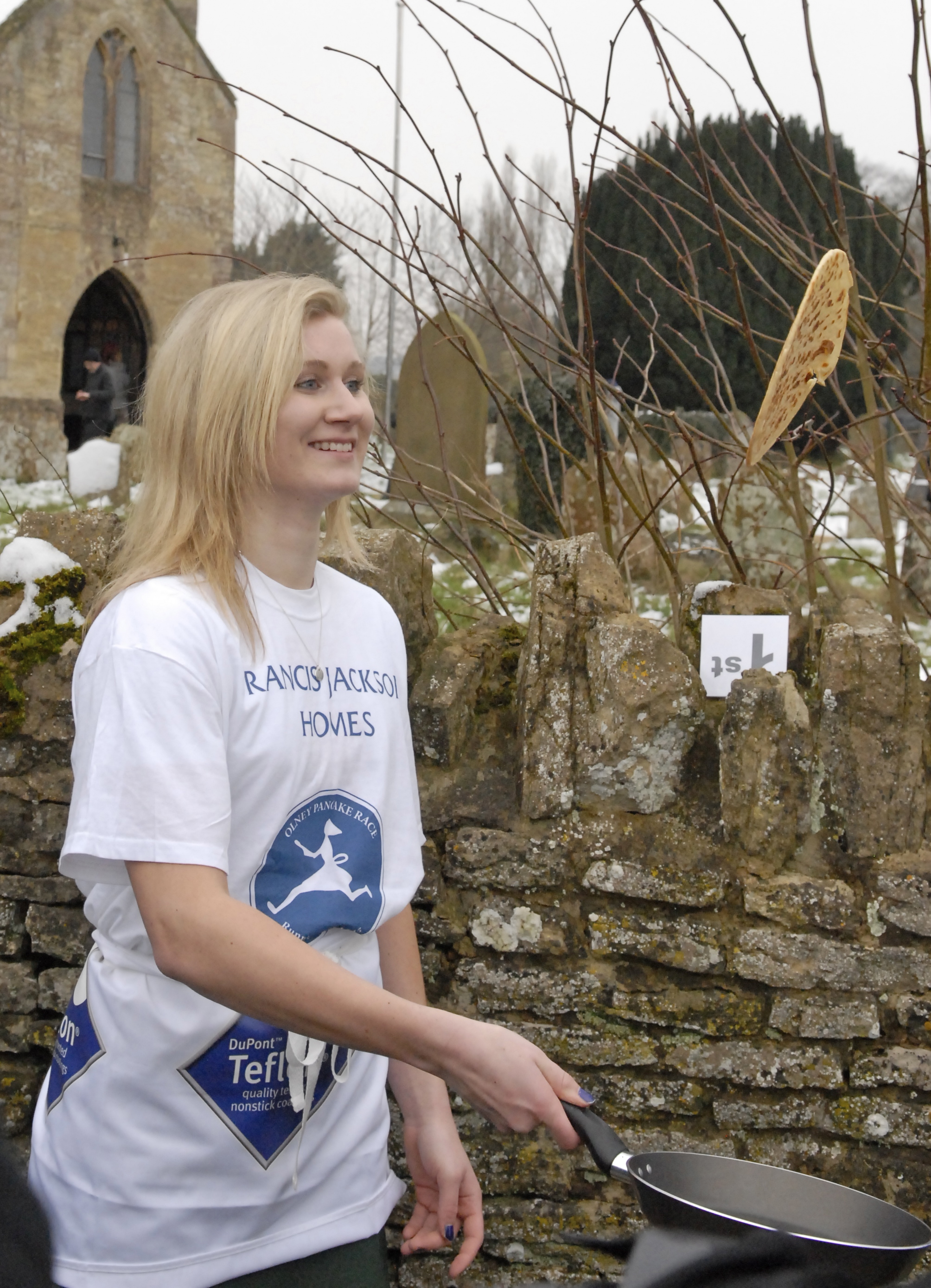 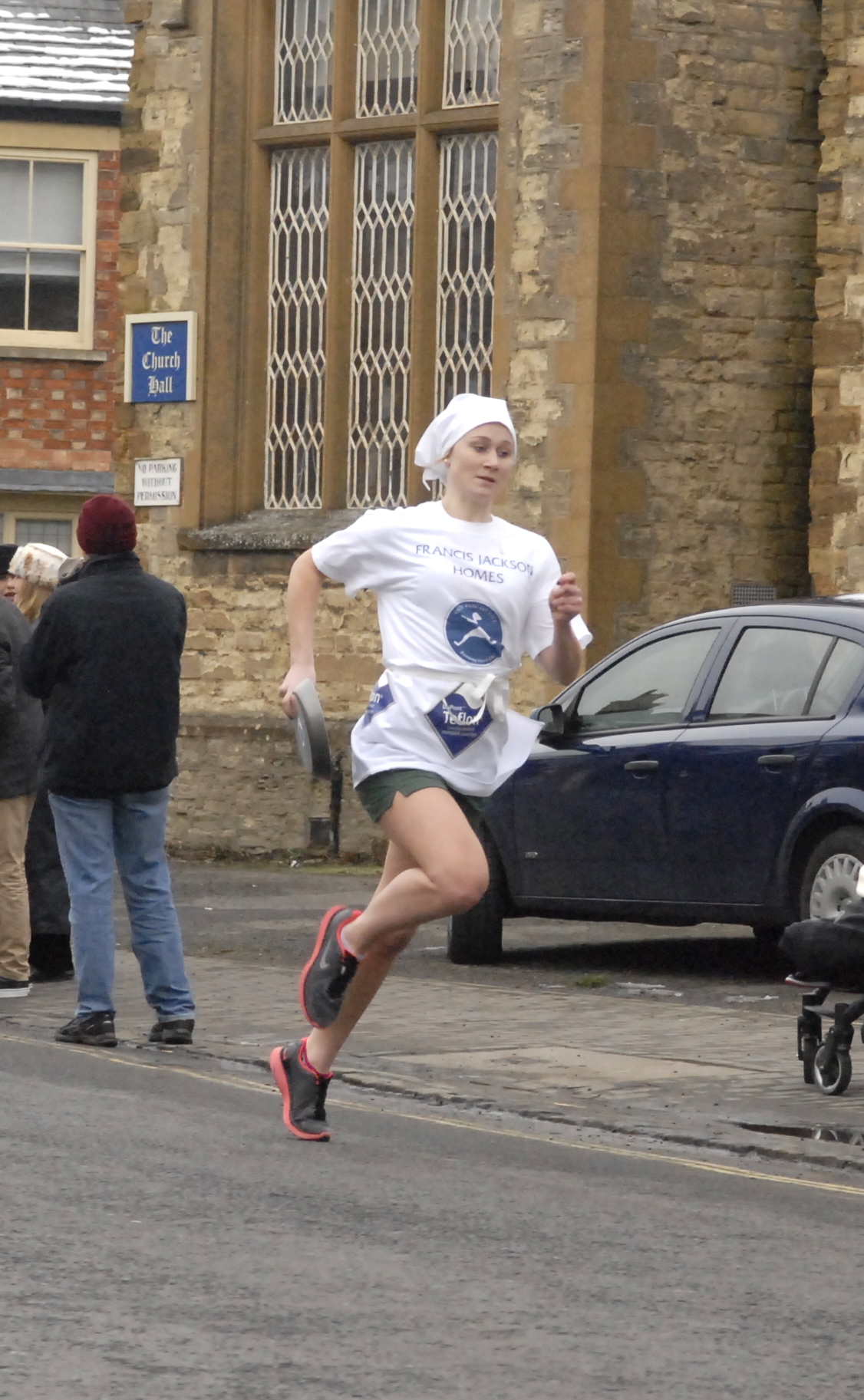 Devon set an incredible pace and was ahead by some way from very early in the race. 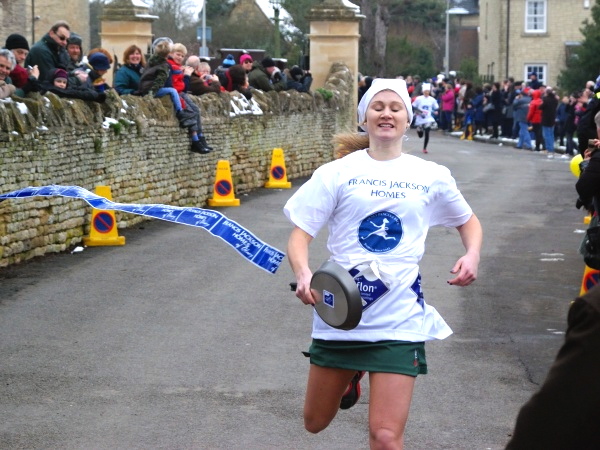 Devon flying through the finish line. 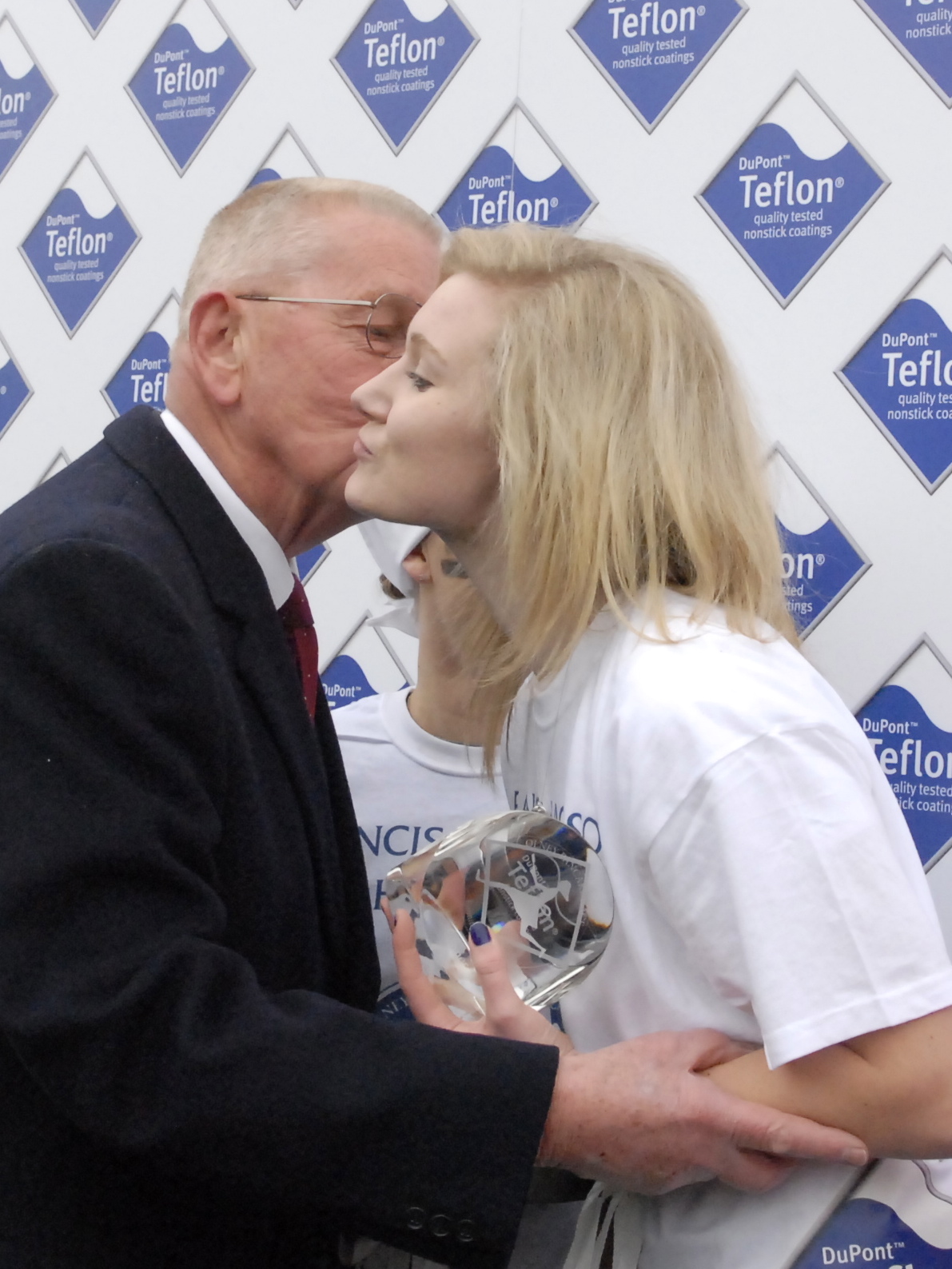 Devon receives a kiss from the Verger for winning the race. 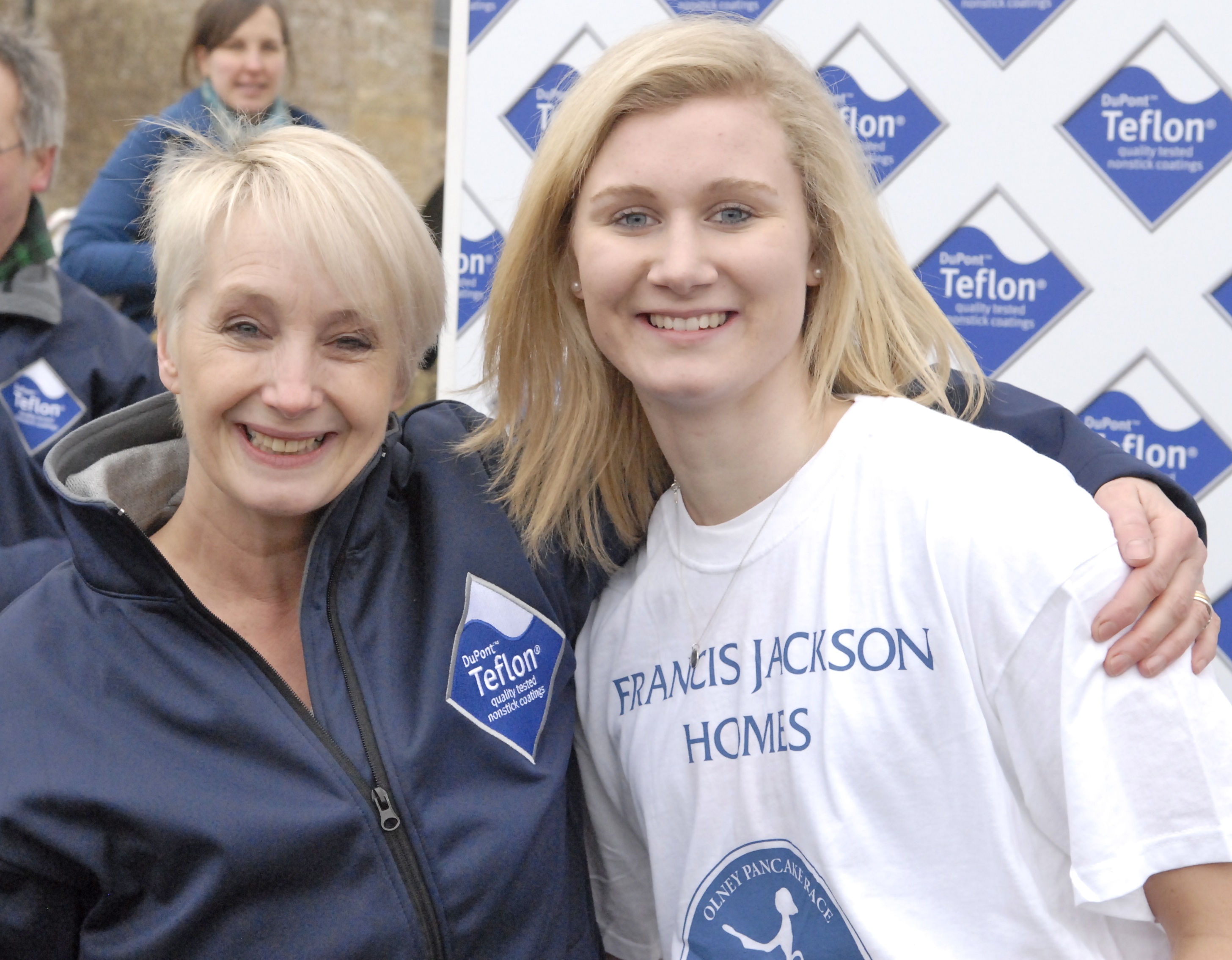 Celebrity Chef, Lesley Waters, was there at the finish to congratulate Devon on her win.